I love everything about Panera Bread. One day, I was working at a community and stopped by Panera for a quick bite and to check my email. I had never been to this particular location before and I was a little surprised at how disheveled the store appeared to be. Typically, Panera is organized and their staff is always in a serving spirit. Well, they were not very welcoming and my overall impression on this day was not a good one at all.

After placing my order, I sat down and turned on my laptop. As I opened my internet, a survey request appeared on Panera’s home page. Usually, I decline the request but on this this day, I decided to leave my comments about the store and the staff. After answering a few short questions, I clicked submit and proceeded to eat my lunch.

About ten minutes later, my cell phone rings. It was the Manager asking me if I was still in the store. I told him I was and he came out of the kitchen and sat down at my table. He sincerely apologized for my less than stellar experience and told me they were short two staff members that day and had just finished their lunchtime rush, which he attributed to the appearance of the store and the poor service of the staff. He said that while he didn’t offer that as an excuse and that every customer deserved better service, he wanted to personally let me know that this is not what Panera was all about and asked me what he could do to set things right. I told him that I didn’t want anything and that his talking to me was good enough.

He then offered me a free pastry and said to try his location again the next time I was in the area. As he walked back to the kitchen, I thought of how that short conversation was so impactful. Taking the opportunity to immediately address my concern was something he didn’t have to do. In fact, many companies never contact their customers. Not only did the conversation change my opinion of that location and its service, but what really stood out was the speed in which my survey was read and acted upon.

As It Relates to Multifamily

By addressing the needs and concerns of your residents you are able to show them that they are valued and appreciated. Never let resident feedback go unnoticed. Not only will it make the resident feel important and taken seriously, it’s a goodwill gesture the resident will remember come renewal time. The more positive memories you are able to create for a resident, the easier it will be for them to reason away a rental increase objection.

When I was a teenager, I used to hate for my mother to get on me about chores and reminding me to not do things like leaving my shoes lying around. It seemed all she did was nag, nag, nag…sound familiar? I complained once to my father about her incessant “nagging” to which he responded, “Take the words out of her mouth. If you don’t like the nagging, stop giving her something to nag about.” Hmm, now why didn’t I think of that?

The key to resident retention works in the same way. If you want residents to renew, eliminate as many reasons as possible for not renewing. At your next team meeting, brainstorm reasons for moving out. The longer the list, the better. Then come up with possible solutions. One that is sure to make the list is “too expensive”. Let’s tackle that one.

When a resident says the rent is “too expensive”, it could be financially motivated; lost job, hours at work cut, roommate moving out, etc. If that is the case, is it possible to offer a smaller / less expensive apartment at your community or a transfer to a sister community? On the other hand, sometimes what a resident means when they say “too expensive” is simply a question of value. When residents are determining the overall value for the rent they are being asked to pay, it boils down to this; value equals convenience.

“Rental Increase” was cited as the #1 reason why residents were not “very likely” to renew, according to our 2019 SatisFacts Index however “can’t afford” ranked 15 th out of 34. Although rents may be climbing, in general they have not out-paced a resident’s budget. In most markets, should a resident approaching renewal decide to research other communities in the area, s/he would find rates are in line across the board.

As we all can relate, there are businesses and services that we would willingly pay more for because of their perceived value. Whether it’s a grocery store that has stellar service, or a hair dresser that you would follow to the ends of the earth, we do so because of what we get for our money. Our residents are the same way. If you’ve ever had to meet with a resident to discuss a $10 rent increase, that’s a clear sign that the resident’s main issue is service-related and less about the dollar amount.

Our latest analysis indicates that perception of value is also being driven by factors relating to the overall resident experience.

Top 5 Drivers for Perception of Value:

Residents still want teams to be responsible and dependable. They want to feel assured that service requests are going to be handled promptly by maintenance and resolved correctly the first time. Drop the ball in these areas and value goes out the window, regardless of how snazzy your posts are on social media. Residents don’t mind rent increases – they understand it comes with the territory. What they don’t understand is being asked to pay more for lackluster service.

Setting goals to improve attrition will directly impact your community’s bottom line. Calculate your percentage of resident turnover for last year and then multiply that number by .75. What’s left is the goal to shoot for this year. Imagine what having 25% less turnover this year will do to your bottom line. Saving 1 out of every 4 residents who are thinking about moving elsewhere is all it takes.

Making a resident feel like the most important person where they live, showing they are heard and appreciated, and consistently proving you will go the extra mile to set things right are the key ingredients to cultivating loyalty and reducing turnover. 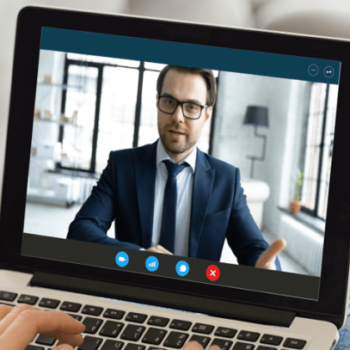 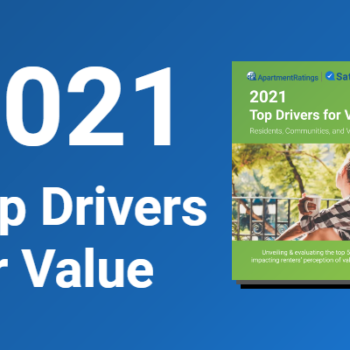